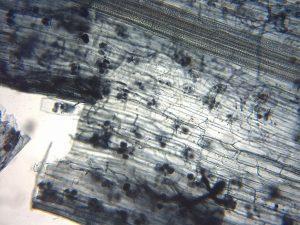 A short summary of the development of mycorrhiza and of the benefits the plant hosts gains from the association. By the Helmtholtz Centre for Environmental Research.

Mycorrhizal partner recognition, structures they are forming, and examples of plant-fungi mycorrhiza associations. By the Helmtholtz Centre for Environmental Research.