The Arctic and the Arctic Circle

The Arctic is named after the northern star constellation “Arktos”—Greek for “bear”. It consists of the Arctic Ocean and surrounding landmasses. Depending on the definition of the Arctic, between 14.5 million and 30 million km2 of the Earth’s landmass, (1/6th) belonging to the Arctic.

The Arctic has been inhabited by humans for close to 20,000 years. Currently, eight countries have land within the Arctic: Greenland/Denmark, Iceland, Norway, Sweden, Finland, Russia, the USA and Canada.

Definition of the Arctic

Other definitions are based on specific environmental or ecological characteristics: 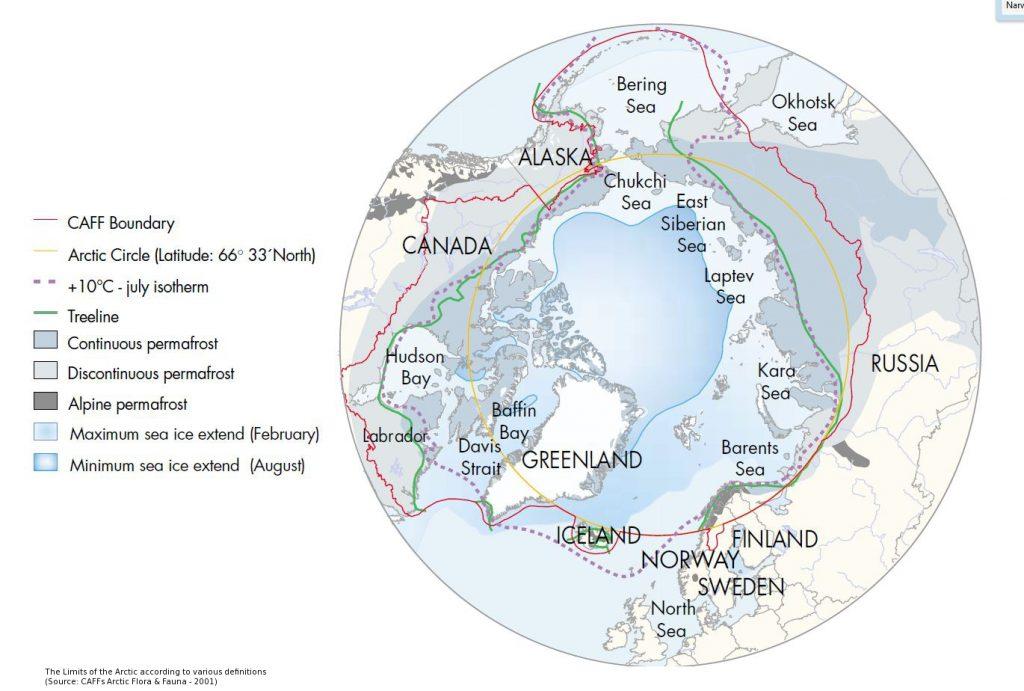 The northern polar region showing the different deliniations of the Arctic, areas with permafrost, minimum and maximum sea ice cover and the 8 Arctic states (click to enlarge).