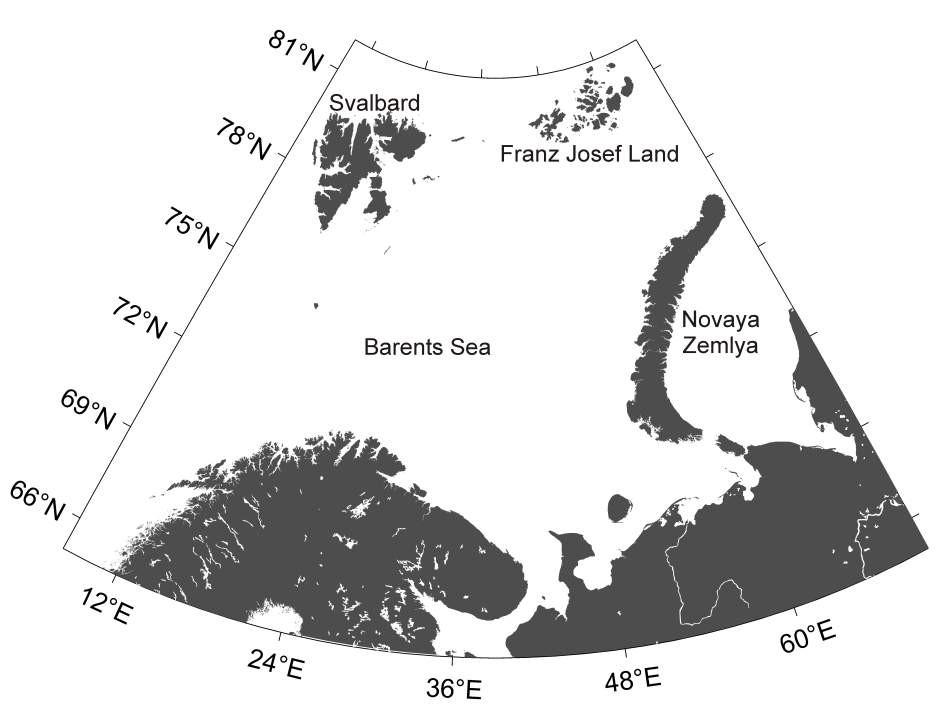 though this site aims to cover the entire Arctic, the presented material concentrates on the European Arctic. In particular Svalbard which is one of the three archipelagos that delineate the Barents Sea.

Svalbard lies between 10° and 35°E and 74° and 81°N and consists of four main islands: Spitsbergen, Nordaustlandet, Edgeøya, Barentsøya, and the ‘outlier’ Bjørnøya (Bear Island). It covers an area of approximately 63,000 km2, 60% of which is permanently covered by ice and snow (Hisdal, 1985). The archipelago is under Norwegian sovereignty and governed under the terms of the “Svalbard Treaty” (Treaty of Spitsbergen, 1920; pdf can be found here).

In Svalbard, the annual mean air temperature, recorded at the official meteorological station at the airport in Longyearbyen, in the west of the archipelago, is -4.6 ºC (mean summer temperature +5.2 ºC), with 191 mm precipitation from 1981-2010 (Førland et al., 2011). Precipitation is particularly variable across the archipelago, decreasing rapidly from the west coast towards the interior.

Barentsburg and Isfjord Radio, approximately 50-80 km to the west of Longyearbyen and on the coast, receive 525 and 480 mm respectively per year (Norwegian Meteorological Institute, 2013). Air temperature is also heavily influenced by the surrounding ocean and in particular the dominant local current systems. To the west, a northwards branch of the North Atlantic Drift carries relatively warm water, approximately +3°C (Skogseth et al., 2005), past the archipelago. The east coast, however, is influenced by the cold water of the East Spitsbergen Current carrying polar water south at between 0.5° and -1.0°C (Skogseth et al., 2005). Hence air temperatures in the north and east of Svalbard are generally lower than in the west. Throughout the archipelago, soils may be snow-covered and frozen for at least nine months of the year (Coulson et al., 1995).