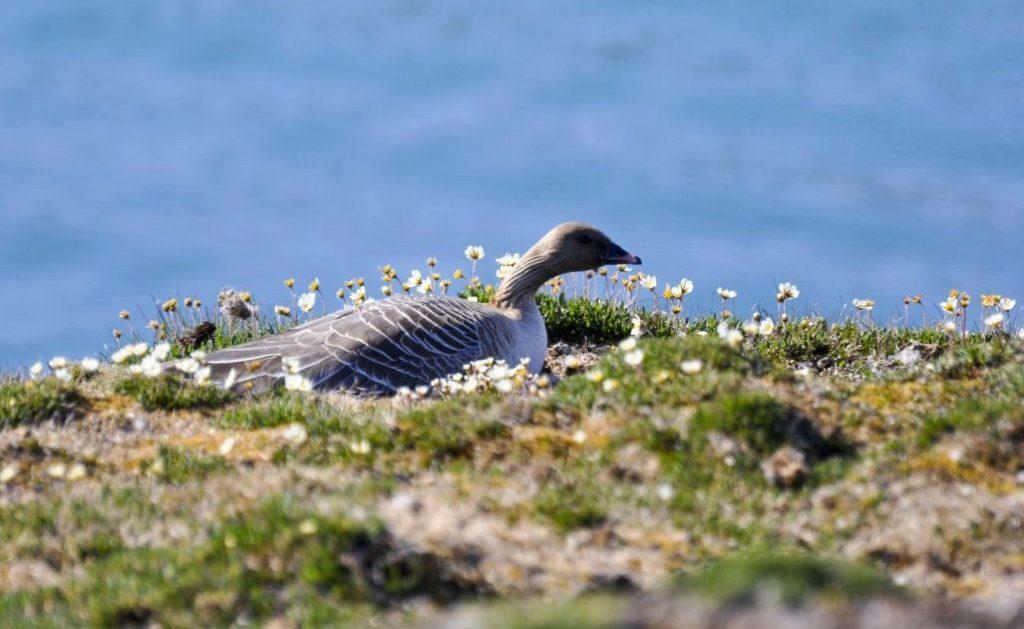 All geese go through a simultaneous moult during summer. They loose their primaries and secondaries and are flightless for a month. Feathers grow with a speed of more than 7 mm per day. For barnacle geese with young, the moult starts around 17 days after hatching, when the goslings are able to maintain their body temperature without being warmed by the female. The female does not allow the goslings under her wing anymore and the goslings pile-up besides her during the resting bout. After six weeks, the adults and young gain the power of flight almost simultaneously in the Arctic. Non-breeders have started earlier with their moult, normally around the time the breeding birds have hatching young. When there is enough food, they might stay in the same area as the breeding birds, though moult migration does happen to places where there are fewer breeding birds and richer vegetation. These places are generally located north where spring started too late for incubation or around lakes without safe breeding localities on islands. In Ny-Ålesund we observed a shift over the years, where non-breeders moved to a lake Isdammen near Longyearbyen to moult.