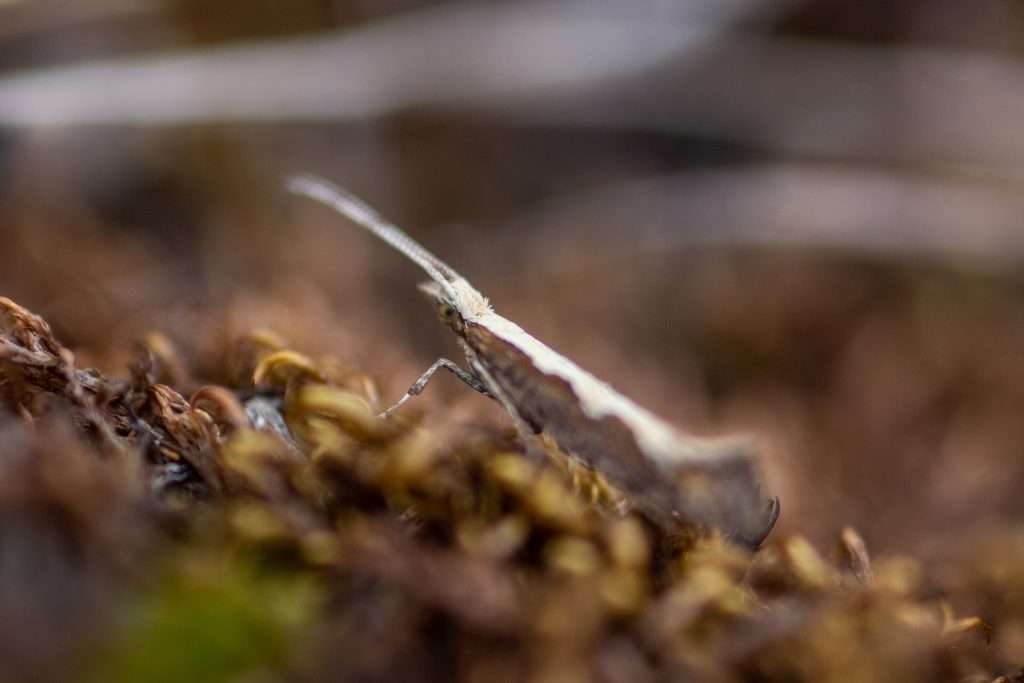 When thinking of animals on Svalbard you first perhaps think of the big cuddly ones, the reindeer, fox or the marine animals including polar bears, walrus, seals or perhaps the highly visible (and often noisy) seabirds. But, whereas there are only three species of terrestrial mammal on Svalbard and only 28 species of birds regularly breed in the archipelago, there are over 1,000 species of terrestrial or freshwater invertebrate known from Svalbard (Coulson et al. 2014). And this is only a start. The true number is likely to be greater as only the fauna of the west coast, primarily from Isfjord and Kongsfjord, has been studied in any degree of detail. However, since most invertebrates are small and often require specialised equipment to collect and observe it is easy to overlook this diversity.

Invertebrate is a general term that covers all animals that lack a backbone and hence includes everything from single celled amoebae to insects, spiders and worms.

The terrestrial invertebrate fauna of Svalbard may be amongst the most comprehensively catalogued for any region of the Arctic. There are over 700 articles in international journals considering this fauna. The current species inventory for Svalbard is under constant revision due to the large number of synonyms and taxonomic confusion and new species, either to Svalbard or new to science, are constantly being described. But it is clear that, contrary to first appearances, Svalbard has a diverse invertebrate fauna which includes apparent endemics, for example the aphid Acyrthosiphon svalbardicum (Heikinheimo 1968). Since until the end of the last glacial maximum, Svalbard was covered beneath an ice sheet no invertebrates or plants are thought to have survived the glacial maximum in situ, rather the current fauna and flora is the result of recent immigration processes, although there remains the possibility that in small refugia some plants may have persisted during this period of glaciation.

Abundance is poorly known. Densities in one habitat type can vary greatly over very small local distances and hence accurately determing densities requires considerable sampling effort. Nonetheless some data do exist and densities can be extremely great where Collembola can attain local abundances of almost 500,000 individuals per m².

While a general understanding of the terrestrial and freshwater fauna is increasing fast, the great majority of the studies have been undertaken on the west coast, primarily in the Isfjorden region close to Longyearbyen and from Ny-Ålesund (map). Less than ten manuscripts consider the invertebrate fauna of the eastern regions. But, despite the lack of knowledge of the invertebrate fauna of the eastern regions, there are indications of different communities here than those found on the west coast. A small study in 2019 (Ávila-Jiménez et al.) of invertebrates from the Island of Edgeøya in the eastern region of Svalbard lists 16 of the 140 species identified as not being recorded previously from Svalbard. The reasons for this difference are as yet unclear but may be related to different immigration histories. The east coast being influenced by the East Svalbard Current bringing driftwood from the great Russian rivers. On the west coast it is the West Spitsbergen Current that dominates, bringing warm water northwards from the Atlantic and hence potentially baring a dissimilar fauna from the East Spitsbergen Current. An improved knowledge of the fauna of the eastern regions is urgently required.

The invertebrates of Svalbard are a diverse group but information is really only available for a few groups including the Insecta (insects), Araneae (spiders), Acari (mites), Collembola (springtails), and Enchytraeidae (segmented worms). Even for these groups it is often species presence or absence that is recorded while knowledge of abundances is extremely limited and little or nothing known about population dynamics or phenologies. Indeed, the CAFF Status and Trends of Arctic Terrestrial Biodiversity Report 2021 highlights just these problems and the lack of monitoring generally in the Arctic with the notable exceptions of Zackenberg and Nuuk in Greenland for which some population trends exist. 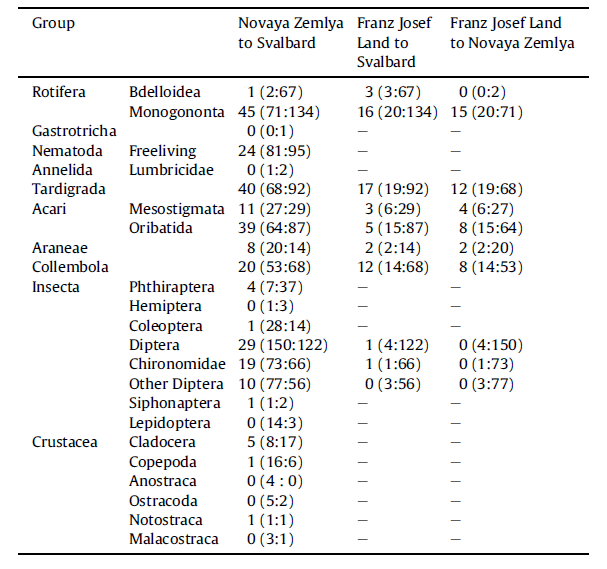 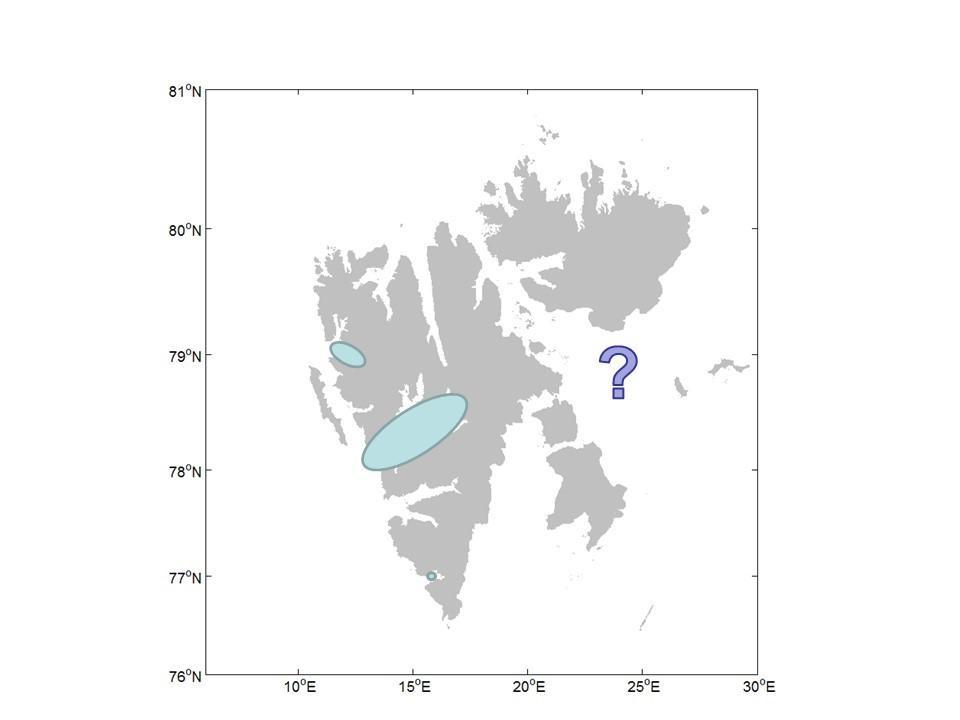 The two regions in Svalbard for where there is good knowledge of invertebrate community composition.​