The Svalbard reindeer (Rangifer tarandus platyrhynchus) is endemic to Svalbard and one of seven sub-species of wild reindeer that inhabit circumpolar arctic and alpine regions Røed (2005). In Svalbard the reindeer is the largest herbivore and the only resident mammalian herbivorous species with exception of a local introduced population of sibling vole (Microtus levis) Henttonen, et al. (2001). The Svalbard reindeer has small home-ranges and appear to neither undertake long migrations between summer and winter ranges nor to be nomadic within the seasons like many other wild reindeer populations Tyler and Øritsland (1989). The size of the e.g. winter home-range depends on the productivity of the vegetation and home-range size decreases with higher availability of preferred habitat suggesting that changes in forage abundance strongly influence the seasonal habitat-space use of the reindeer Hansen, et al. (2009a); Hansen, et al. (2009b). In winters with local ice-locked pastures reindeer range displacement, induced by food limitations, and foraging in high elevations are strategies observed to cope with food limitations Hansen, et al. (2010a); Stien, et al. (2010). The reindeer can undertake partial and seasonal migration by switching between summer and winter ranges where migrants spending the winter on the rich range and subsequent summer on the poor range had improved calving success compared with residents on the poor range Hansen, et al. (2010b).

The reindeer eat lichens, moss and most of the vascular plants (total of 165 species in Svalbard. In summer, the reindeer graze in the lower parts of the terrain like coastal plains and valley bottoms (i.e. meadows communities, mire and marsh communities, swamp and moss tundra, snow bed vegetation and bird cliffs) and in winter they utilize the higher elevations with ridges and more rugged terrain, less exposed to snow-accumulation (i.e. exposed ridges with dryas and graminoid communities and alpine meadows) Staaland (1986). 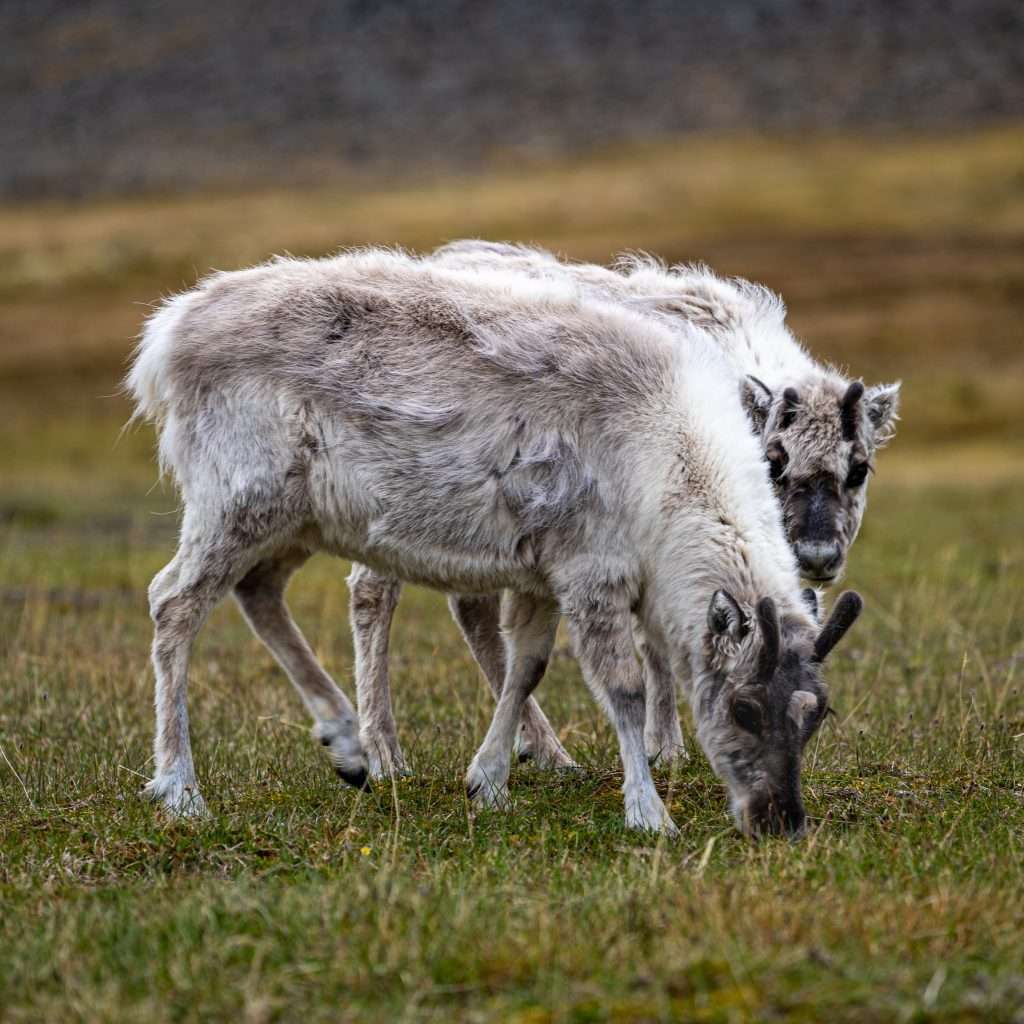 A pair of grazing Reindeer, seen in Bjørndalen, Svalbard. 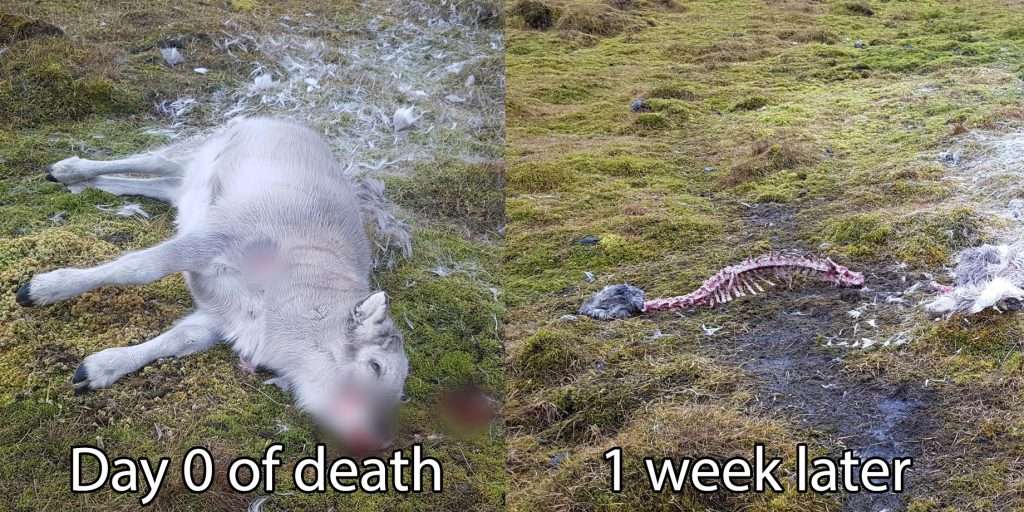