The biogeography of the invertebrate fauna of the Arctic is poorly known but can be generally described as a Holarctic fauna but with local endemics and also species restricted to Palaearctic or Nearctic (graphic below).
This lack of information, especially noticeable when compared to the situation for the flora, is largely due to:

Much of the information concerning the invertebrate fauna of the Arctic comes from investigations at a few locations, for example Zackenberg and Nuuk in Greenland or in Svalbard and for even these places many of the previously described problems are still applicable.

For the regions around Isfjord and Kongsfjord in Svalbard the communities of terrestrial microarthopods (Collembola, mites, spiders) are reasonable known although we have surprisingly little knowledge of abundance or population dynamics. The same can be said for the Diptera.

A good example of the problem are the results a brief excursion to Edgeøya in the east of the archipelago. During this trip six locations were sampled for the soil faunas. 140 invertebrate species were identified belonging to 69 different genera of which 16 are new records for Svalbard and have not been recorded from Isfjorden or Kongsfjord indicating that there is a distinct fauna in the east of the archipelago to that described from the known regions and that these differences may be related to immigration and colonization routes.

For the Collembola (springtails) a ‘relatively’ recent series of taxonomic revisions have enabled some broad conclusions to be drawn and the picture obtained supports the more detailed conclusions obtained by studies of plant genetics. The greatest diversity occurs in the Bering region of the Arctic which was largely ice free during the last glacial maximum and acted as a refugia for species. Following the retreat of the ice Collembola seem to have recolonized the Arctic by both expanding out from this refugia but also following the northwards ice retreat from lower latitudes.

An Update of Wallace’s zoogeographic regions of the World.​ 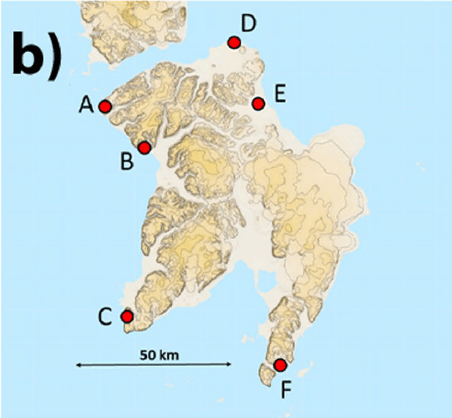 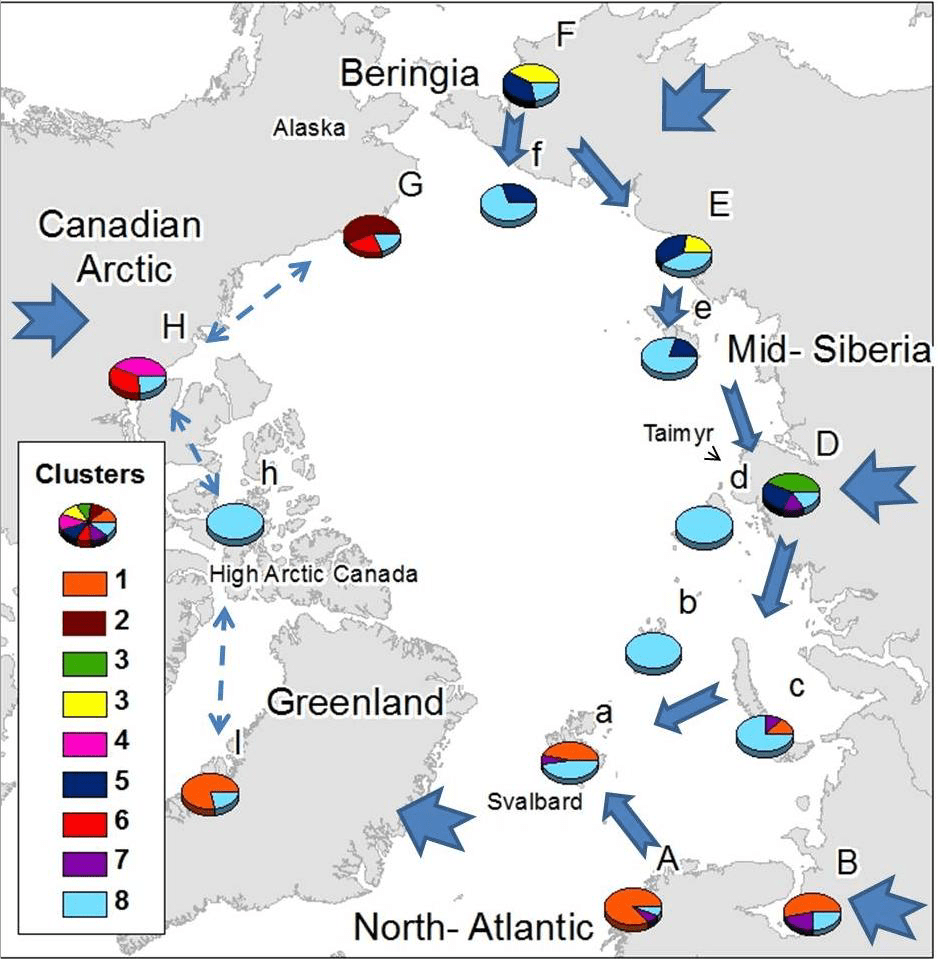