Glaciation have shaped biodiversity through time, but glaciations also greatly affects habitat and ecosystem development within landscapes. Mountain slopes above the marine limit are covered with glacial drift and local scree and colluvium. Valley floors that were below the marine limit by the end of last glaciation are covered by marine littoral and fluvial sediments. Marine and fluvial sediment deposits on top of widespread ancient stand flats and peneplains  (a low-relief plain representing the final stage of fluvial erosion during times of extended tectonic stability) cover large areas in less mountainous regions of the Arctic.

These landscape features have great effect on hydrology and set very different physical frames for soil and ecosystem development. Scree slopes and mountain plateaus are often sparsely vegetated, especially in areas with LGM glaciation, due to coarsely grained, well drained parent material. The fine sediments of the valley floors create more favourable hydrological conditions than in the slopes facilitate establishment of diverse biota and ecosystem development.  Soil development and hydrological condition of strand flats and peneplains, however, vary greatly.

Ecosystem development may be frequently interrupted by natural disturbances especially within mountainous landscapes, and many of them are linked to cryo-processes. In slopes may water erosion and slush floods build up exposed alluvial fans, whereas sedimentation by glacial rivers or by dust storms may suffocate terrestrial communities in the valley floors. At somewhat smaller scales (meso- and micro topograpical scale) frost boils and other cryo-processes cause frequent disturbance, and the topography shapes the distribution of snow during winter.

Bedrock type may affect both drainage and soil chemistry, hence plant nutrient availability and rate of decomposition of dead organic matter. The potential effect of bedrock on plant communities was demonstrated in a survey of pH preferences of eighty species of vascular plants and cryptogams on fourteen different rock substrata in Svalbard (Elvebakk 1982). Accordingly, pH was found to have a strong effect in studies on plant community differentiation and diversity on Svalbard (Jónsdóttir 2002). A similar dominating effect of pH on species diversity has been demonstrated for low-arctic plant communities in Alaska (Gough et al. 2000). 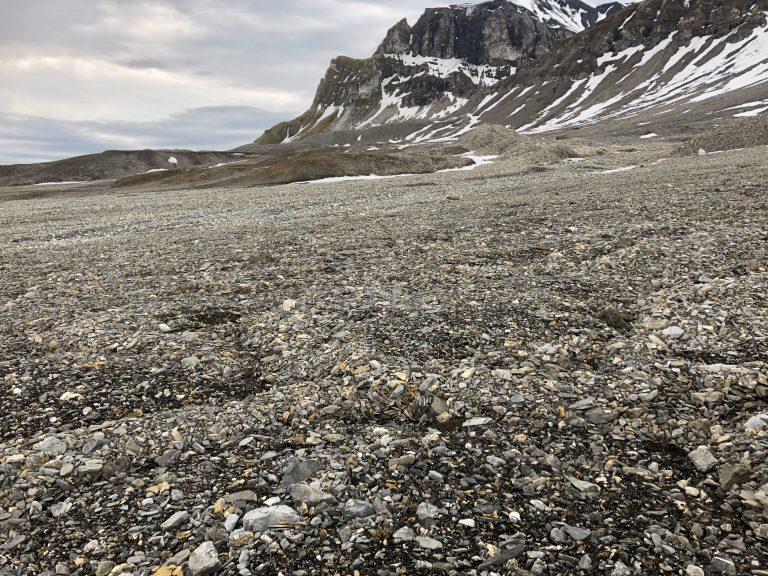