Freshwater habitats are comprised of pools, ponds, lakes and streams. These may on occasion be connected to the sea enabling some populations of the arctic charr to be migratory. This species is observed in many lakes in Svalbard, both those that are landlocked and with a connection to the marine environment. Arctic charr is regarded as the only freshwater fish species in Svalbard although three-spined stickle backs have been observed occasionally (Coulson et al. 2014, Svenning et al. 2015)

There are some 30+ species of freshwater crustacean known from freshwater lakes and ponds on Svalbard (Coulson et al. 2014. Perhaps the most obvious are Daphnia, water fleas, common in many ponds. This species is clonal, that is the population only consists of egg laying females. The species of Svalbard have a high melanin content and so appear darker than individuals from more southerly locations such as the Norwegian mainland. This is considered an adaptation to help protect against high ultraviolet light levels.

In some of the freshwaters you can find the tadpole shrimp, Lepidurus arcticus (Lakka 2015). This animal may be up to 3cm long as an adult and can be seen scuttling around on the mud at the bottom of the pond. In fact, only a small proportion of the population are visible since most will be hidden within the mud. This animal is considered a living fossil being unchanged for around 200 million years. They feed on dead organic matter but may predate the Daphnia and are cannibalistic, eating each other.

Tadpole shrimps overwinter as an egg and develop rapidly into adults each year. They are typical of clean and cold freshwaters, especially those without fish. If fish are present then few tadpole shrimps can avoid being eaten unless there are shallow margins to the pond, areas to shallow for the fish to enter. Otherwise the presence of tadpole shrimps is a good indicator that fish, arctic charr in Svalbard, are absent. Lepidurus is also predated by arctic terns. 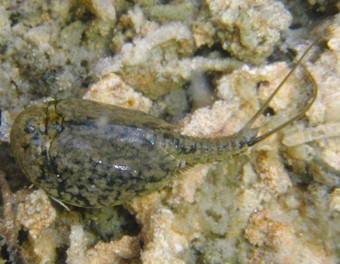 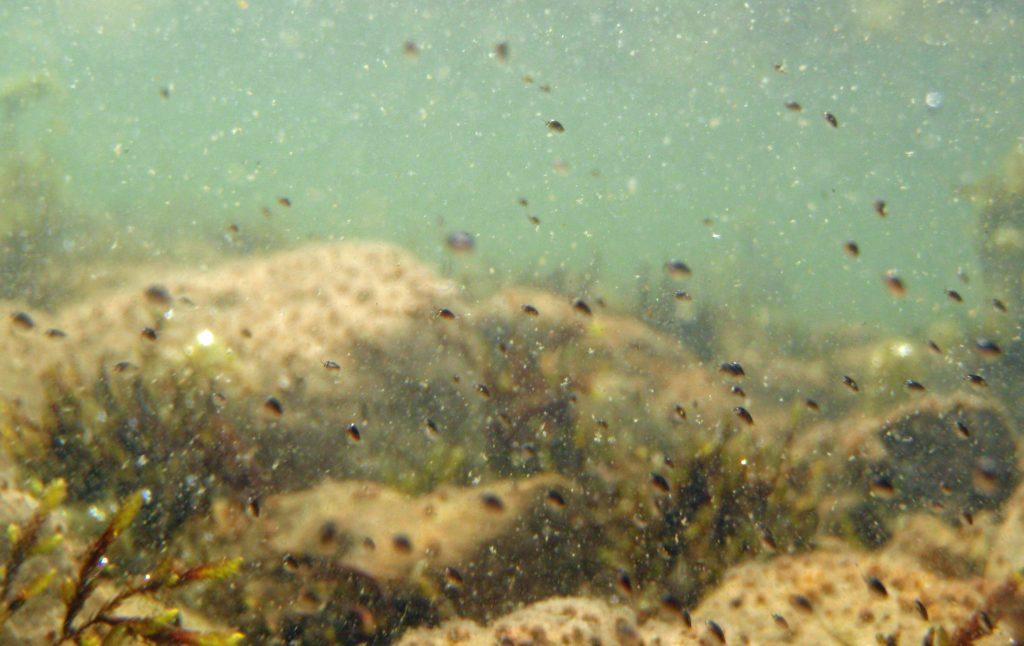 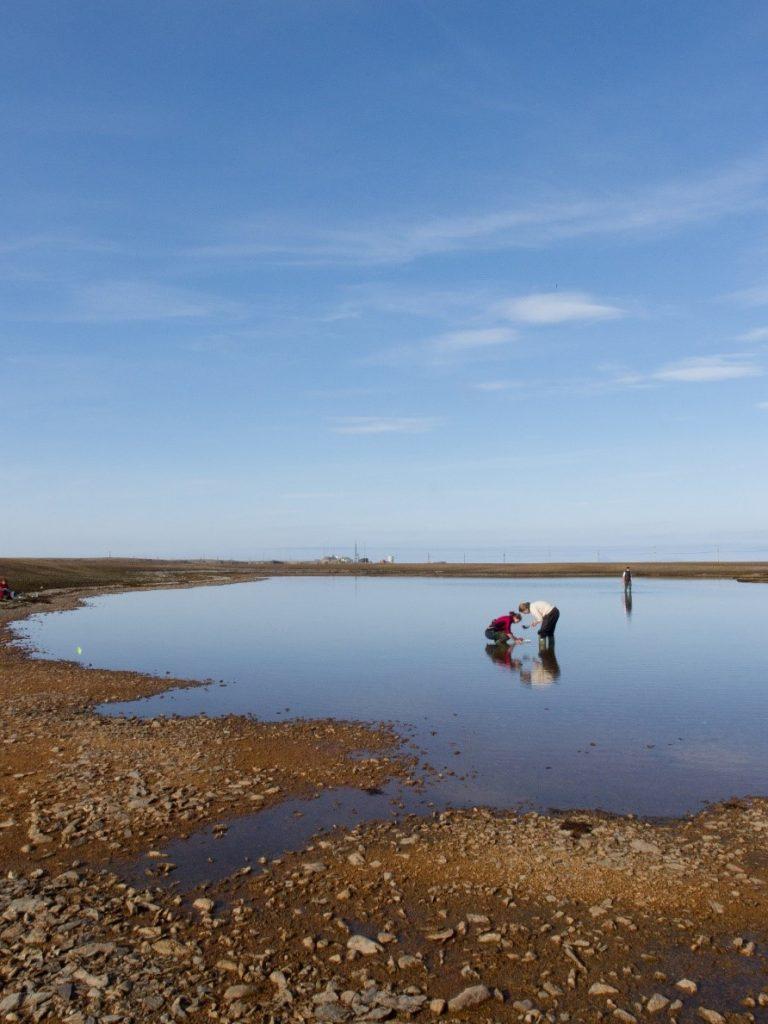 Pond at Kapp Linne with Isfjord Radio station in the background.​