The arctic flora consist of about 2200 species, distributed among 430 genera and 91 families (Daniëls et al., 2013, Elven et al., Accessed 2021). The arctic flora is estimated to represent less than 1% of the known vascular plant species in the world, and include relative few endemic species, and no endemic family or genera. The low number of arctic plant species and the low level of endemism are closely linked to the short and dramatic history of the arctic biome.

The arctic flora is dominated by forbs and graminoids, i.e. perennial plant species that bear their overwintering buds at soil level, where they are often partly covered by surface debris (hemicryptophyte life-forms, see Raunkiær plant life-forms). Annual herbs and trees are almost absent from the Arctic biome. The short growing season allows only very few annual species to complete their life-cycle within one year, whereas the energy budget is too constrained to maintain tree-growth.

The exact number of vascular plant species or genera in the Arctic has not been settled. The number will depend on how you define the Arctic, the continuous discoveries made by biosystematics research, and delimitation of species. The latter is probably the most challenging task and is a general problem.

However, sexual reproduction is still maintained in many species, and is important to avoid loss of genetic diversity. Seeds have also some clear advantages compared to clonal structures like bulbils. Seeds are more persistent, can be dispersed over longer distances and can have long-term viability.
The pros and cons of sexual and asexual reproduction are to a large extent the same constraints found in alpine areas, and you may learn more about these topics through these online Alpandino-lectures (links to external page): 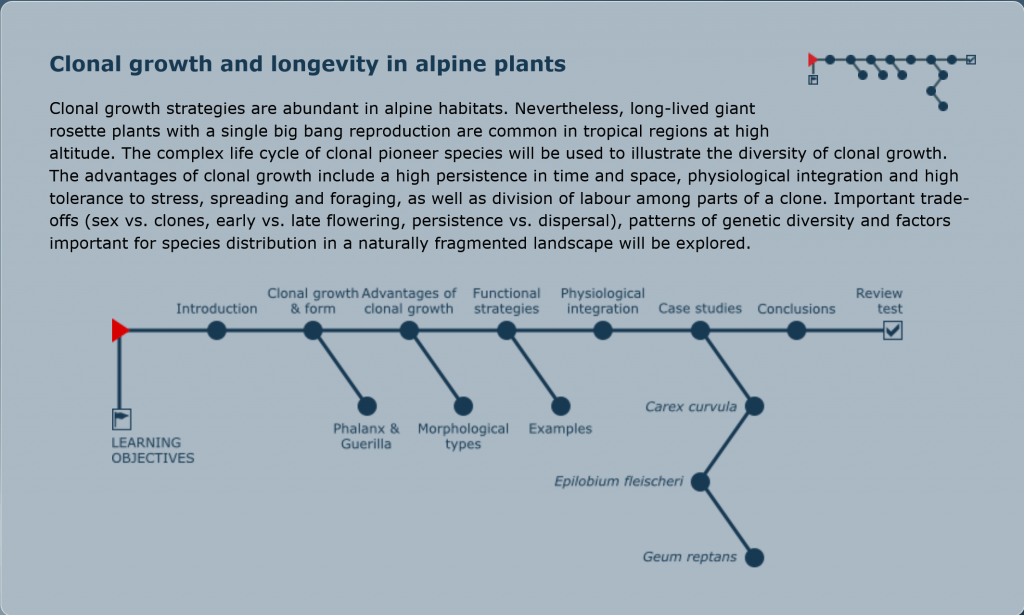 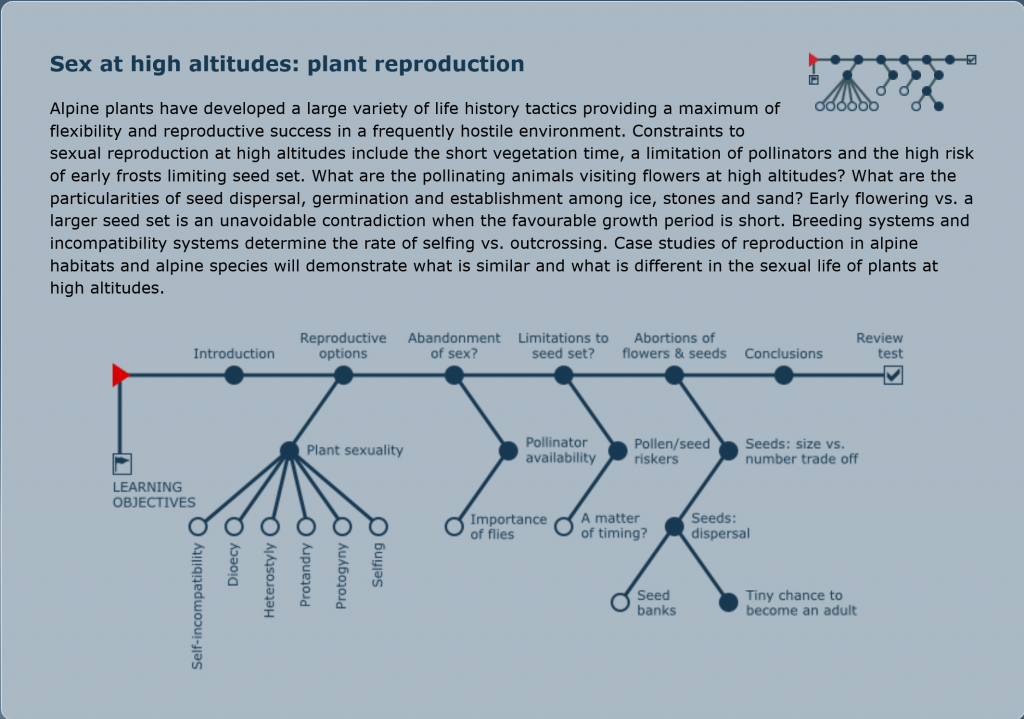 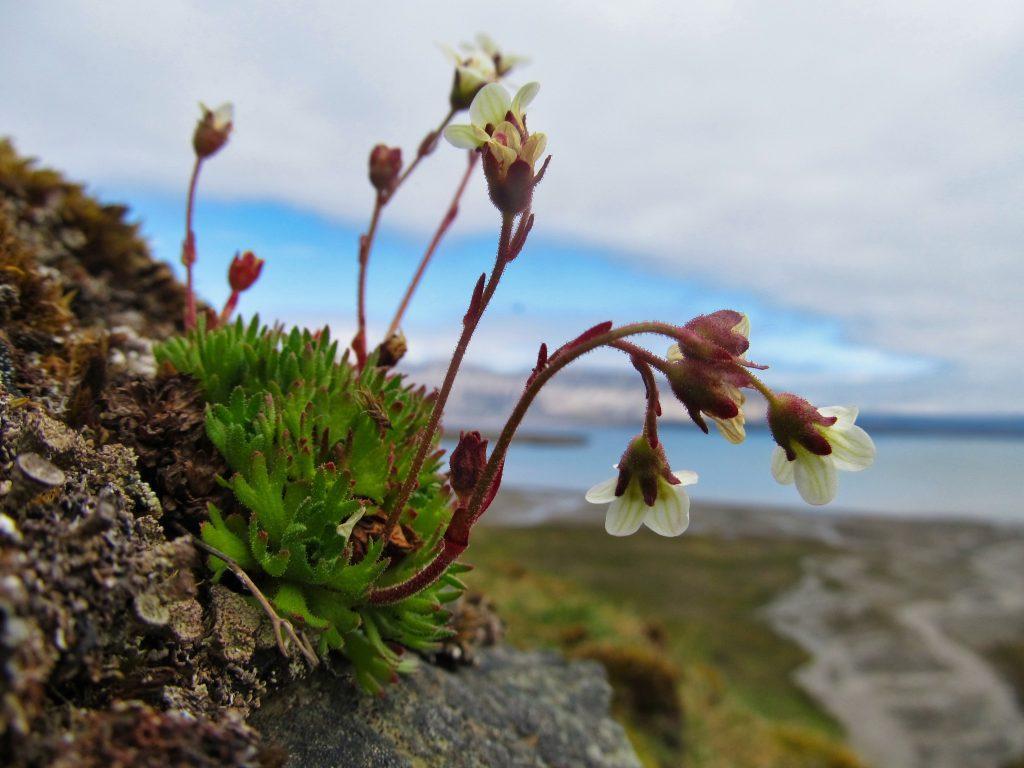 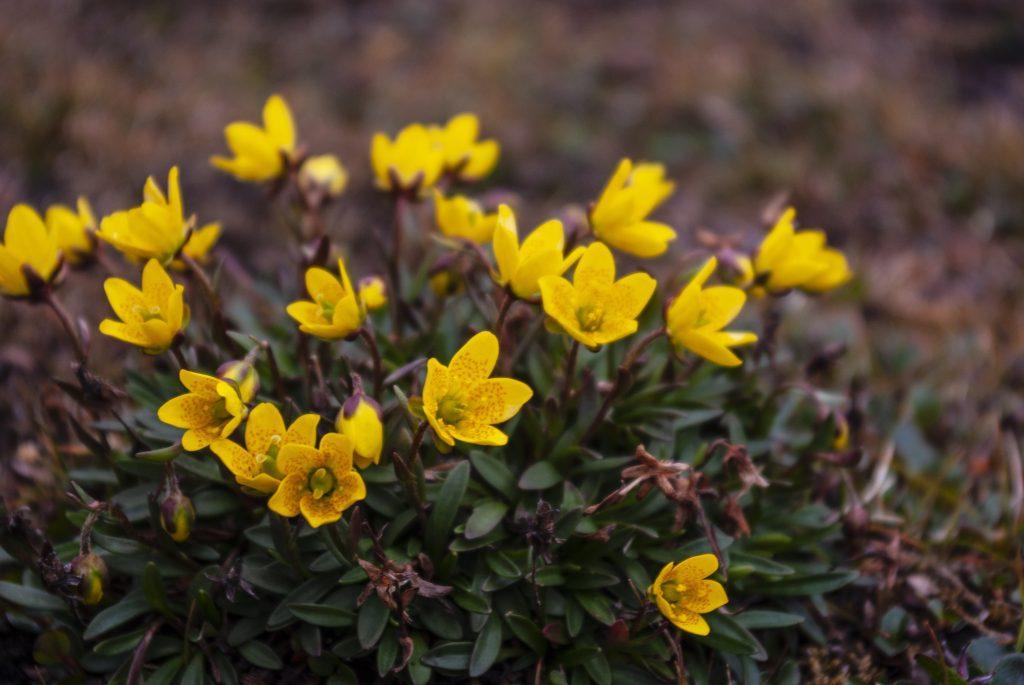 What is a species?

Species are fundamental units in e.g. ecological theory, conservation and biodiversity studies. Still, biologists have failed to agree on a single species concept. Species is a dynamic entity; a clear delimitation of species, and what a species is, will only apply in a limited period of time and extension of space (Mallet, 2007).

This is a definition that works well for some organisms (e.g. mammals), but are problematic for others. This definition may for instance strongly inflate the number of known arctic species through what we refer to as cryptic species. In the Arctic, it is widely accepted that the number of species decrease along with higher latitudes. However, these estimates are usually based on morphological differentiation into taxonomically recognizable species; a number which does not correspond to the number of biological species. Intraspecific crossing experiments have for instance revealed numerous cryptic species within taxonomic species of the plant genus Draba (Grundt et al., 2006). Further to this, there is a range of organisms that only reproduce asexually – a species concept based on sexual reproduction is obviously useless for these organisms.

Then you may use an Ecological species concept. This concept was introduced by Van Valen (1976), and used to describe populations or lineages that are adapted to certain ecological niches, and their adaptations to this niche will form discrete morphological clusters. According to this species concept, speciation must involve invasion of a new niche, or the division of existing niches. Although this will work for asexual species, there are other disadvantages. Niches tend to be assumed and are thus difficult to define completely. Further, many species exploit overlapping resources, or can quickly switch to another resource if the one they are currently preferring becomes scarce.

Other approaches to defining species have focused on history, like the Evolutionary species concept, and consider the evolutionary relationships among organisms and rely on common ancestry and shared evolutionary history to define species. Literature surveys summarised by Wilkins (2010) found seven distinct definitions of “species”, and 27 variations and mixtures of these definitions. There is also a philosophical discussion whether “species concepts” is a proper term, as the meaning of “concept” may differ from “definition”. We will not go into this discussion in detail, but interested readers may look into De Queiroz (2007).