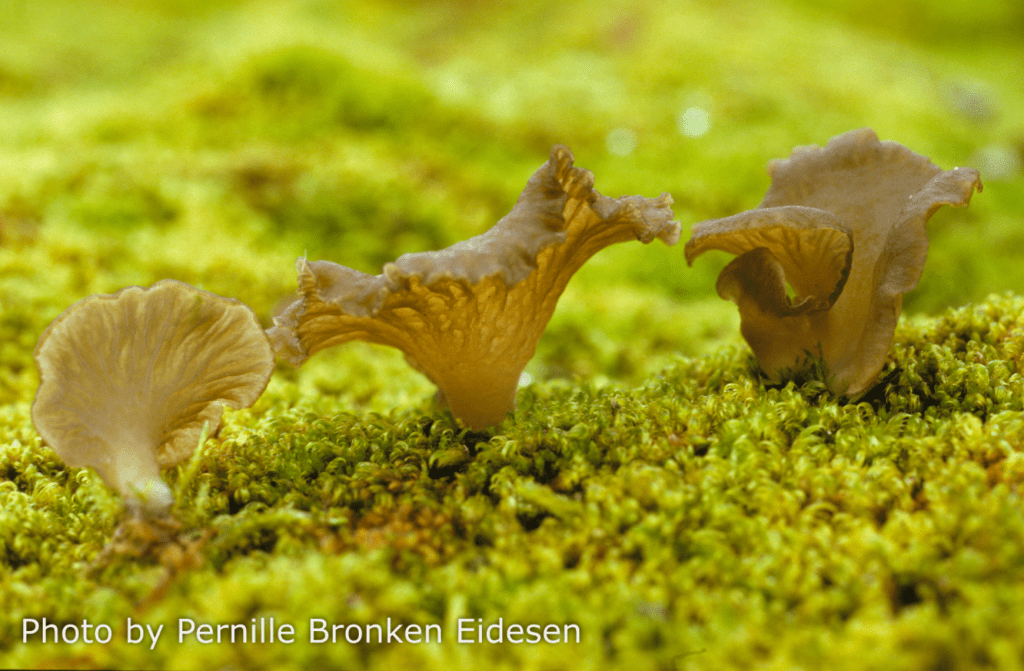 Learning Arctic Biology / Species and Adaptations / Fungi / What is a fungus?

In contrast to animals, fungi utilise extracellular digestion (see animation above). Various enzymes are produced in the cytosol of the hyphae. They are transported with organic acids through the membrane of the hyphae and secreted into surrounding substrates. Depending on the enzyme, they can break down cellulose, hemicellulose, lignin, proteins or other complicated organic compounds to simpler soluble substances like sugars (mono- or disaccharides), amino acids or oligopeptides. These substances can be transported through the hyphal membrane into the fungal cell (hyphal compartment). 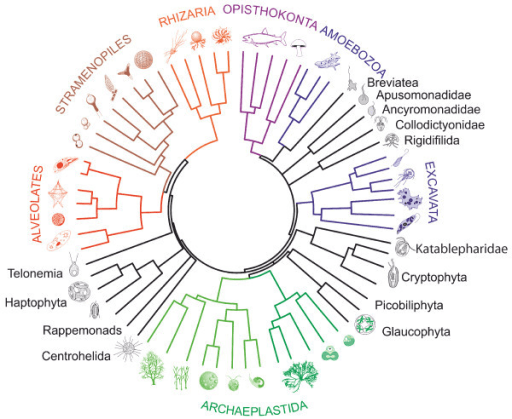 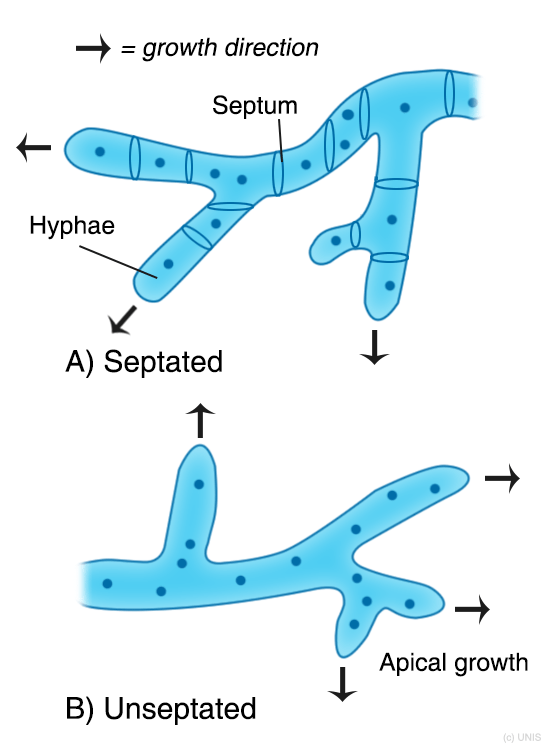 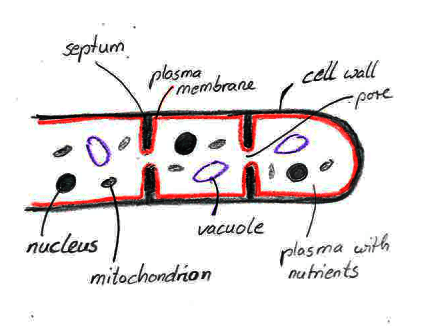 Septated jupae with pores in the septs.​

Video showing the growth of the whole mycelium.​ 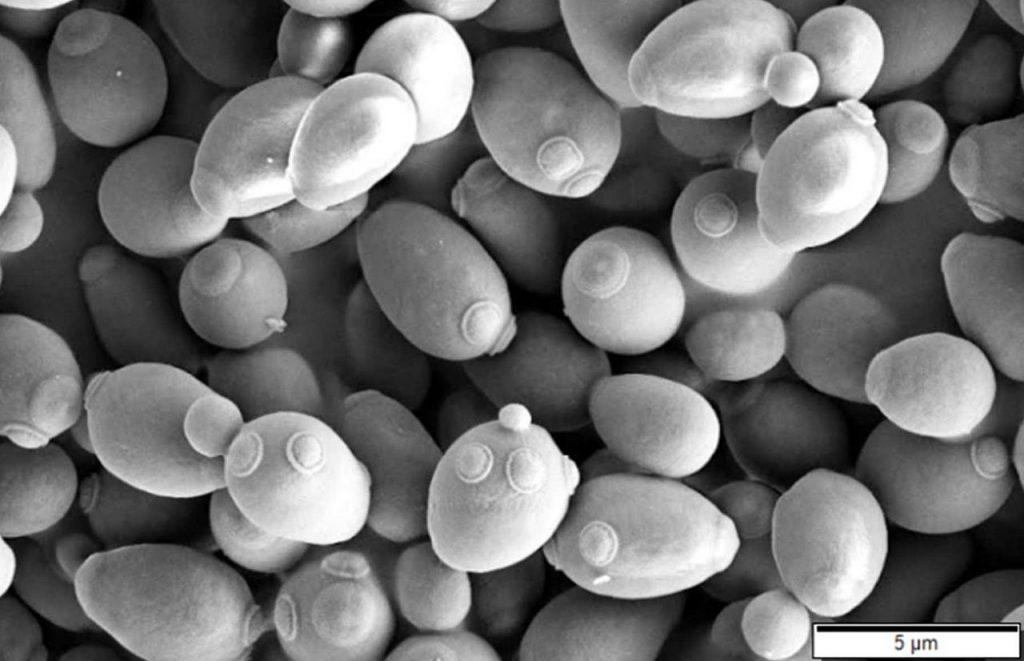 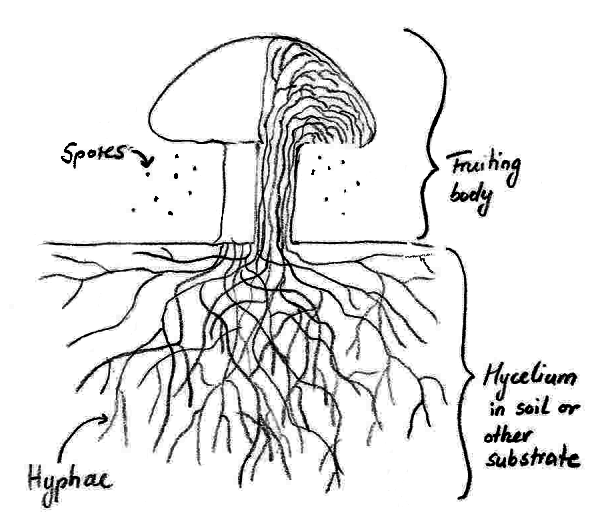 Mycelium in substrate with fruiting body.​ 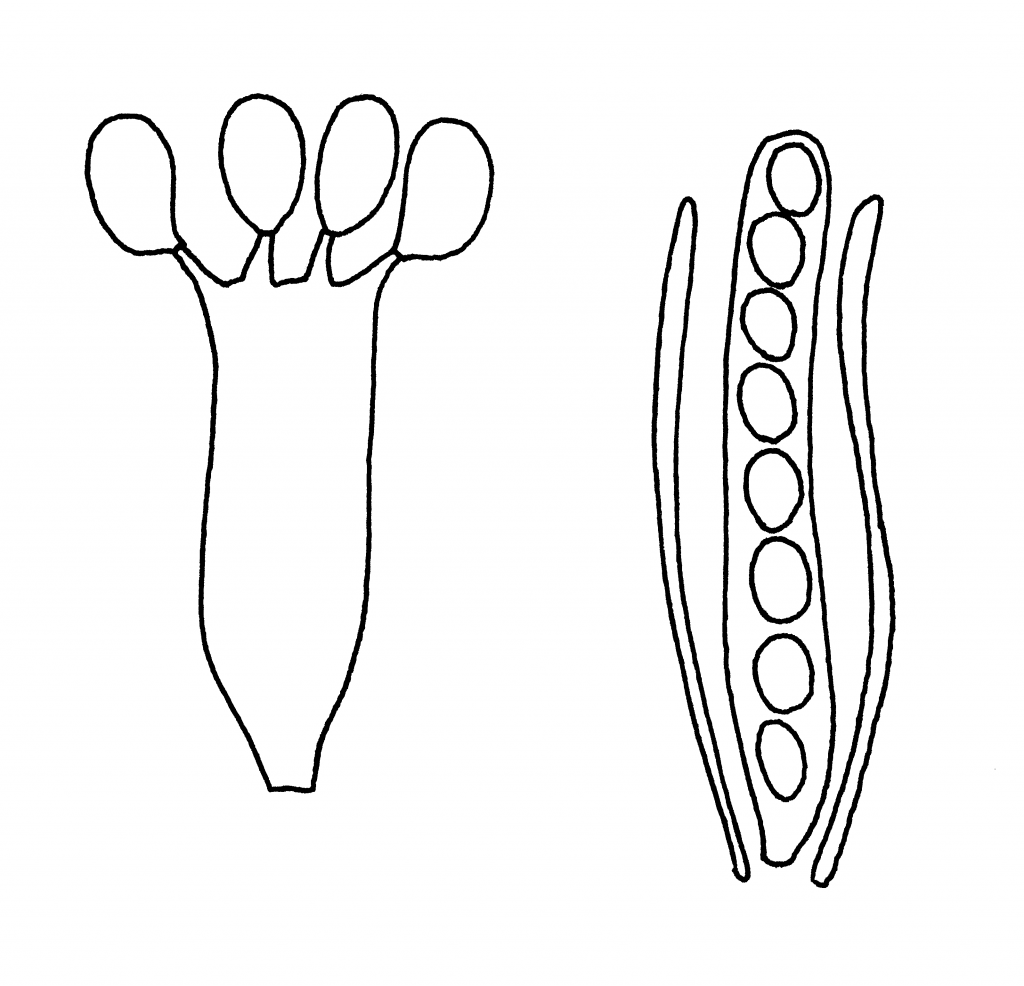 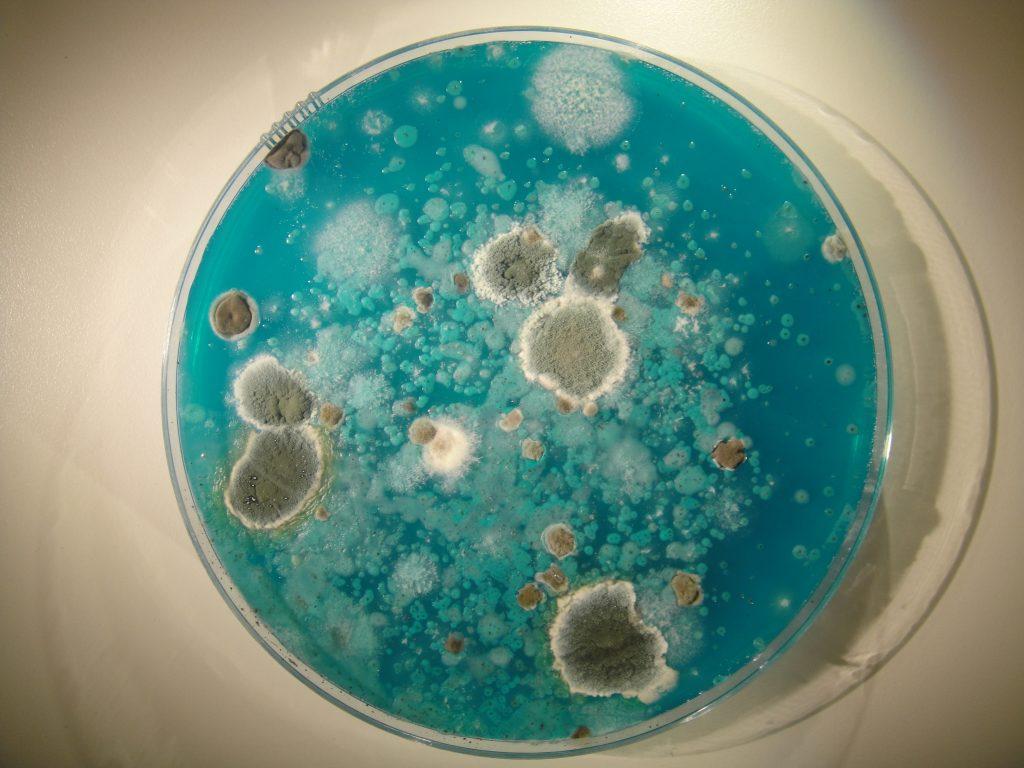 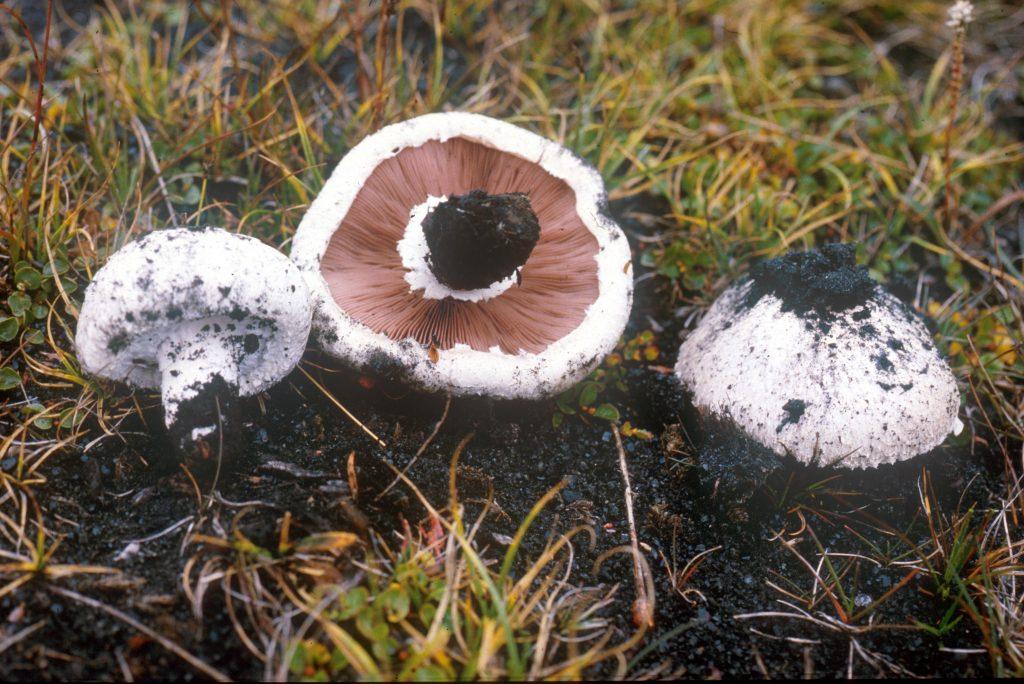 Illustration of a fairy ring.​