Decomposition, the breakdown of soil organic matter (SOM) and the release of nutrients and fixed nitrogen, is an essential process in soil nutrient cycling and creating organic soils. SOM decomposition depends on the interaction (trophic and non-trophic) of the microflora (bacteria and fungi) with primary and secondary decomposers. At sub-Arctic latitudes, saprophagous decomposers such as earthworms, millipedes and woodlice (macrofauna) are usually the main consumers of SOM such as leaf litter, fragmenting and mixing it with other components of the organic soil layer. This process increases the surface area available to interact with the microbial community, which increases with the decrease in particle size increases, consequently increasing the accessibility of SOM to the micro-flora and other smaller decomposers. Thus, macrofaunal activity is crucially important for SOM-to-soil energy transfer and decomposition speed. However, these taxa are often or absent in the Arctic (Hodkinson 2013), where this function is fulfilled by the microarthopod community, such as oribatid mites, Collembola and enchytraeid worms.

Overall, the invertebrate community plays a crucial role in decomposition processes and nutrient cycling. Without this activity, carbon mineralization and nitrogen release would be protracted with knock-on effects for plant growth. However, it is difficult to draw clear conclusions about the role of the soil invertebrate communities in decomposition processes since only few studies have been undertaken in the Arctic. To this end, Birkemoe and Liengen (2000) investigated the effect that Collembola grazing on cyanobacterial mats had on nitrogen fixations rates. They observed a direct relationship between grazing intensity and nitrogen fixation, with maximal rates at intermediate grazing pressure. Thus, they concluded that Collembola grazing may influence nitrogen fixation rates with compensatory fixation at low grazing pressures and a reduction at high grazing pressures. 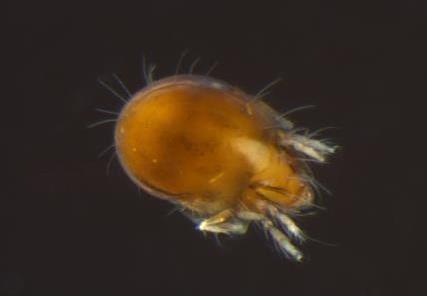