Ancestors of the Arctic flora

The early Pleistocene flora is hypothesised to be derived from a combination of the former Tertiary forest elements and immigrants of ancestral stocks from temperate high mountain ranges in Asia and North America with connection to the Arctic (Hultén, 1937; Hedberg, 1992; Murray, 1995; Ickert-Bond et al. 2009). Fossil evidence suggests that in situ descendants typically evolved from stream-edge habitats or bogs, and well-drained uplands with herb and dwarf-shrub communities (Murray, 1995). The alpine immigrants were partly pre-adapted for cold arctic summers; the lower temperatures experienced at higher altitudes, particularly during night time, require similar morphological and physiological adaptations. However, it has been difficult to prove these hypotheses (Mai, 1995), and the origins of the founding stocks of the present-day arctic flora are still largely unknown (Abbott & Brochmann 2003), and immigrants have arrived from different regions at different times (Hoffmann et al., 2010).

Ancestors of the Arctic fauna

There are several hypotheses regarding funding stocks of arctic fauna. Most invertebrates found in the Arctic today, seem to be remnants from the Tertiary forest, and look more or less the same as they did back then. Based on fossil evidence, most of the beetle fauna that inhabited the northern high latitude forest in the Late Tertiary, abandon this region when the temperature fell. However, a small fraction persisted, and constitutes most of the species we still find in the Arctic today (Elias et al., 2006). In contrast, several more cold-adapted megafaunas evolved along with the global cooling and more arid climate, including mammoths, woolly rhinos, horses, reindeer and musk ox (Kahlke, 2014). The origin of the more specialised arctic mammals found in the Arctic today, like the arctic fox (Vulpes lagopus), is still discussed. However, recent fossil evidence suggests that the arctic fox, and probably a range of other mammals, are connected to ancestors that first became adapted for life in cold regions in the high altitude environments of the Tibetan Plateau (Wang et al.,2015).

These initial founding stocks have since been shaped through the numerous large-scale climate changes and glaciations during Pleistocene, where some species went extinct (including most of the megafauna), some survived more or less unchanged (like mountain sorrel Oxyria digyna), while others diversified and developed into new species. Together, they constitute the current arctic flora and fauna. 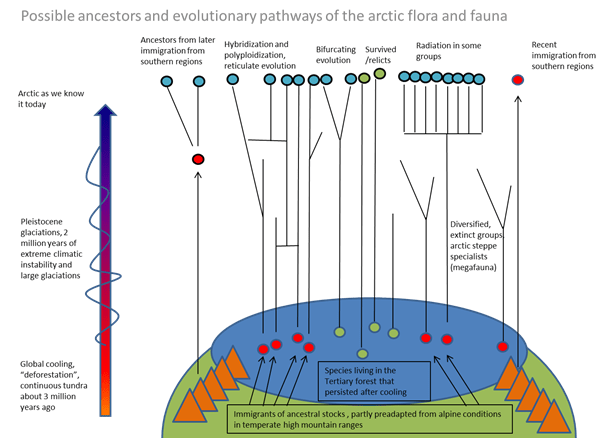 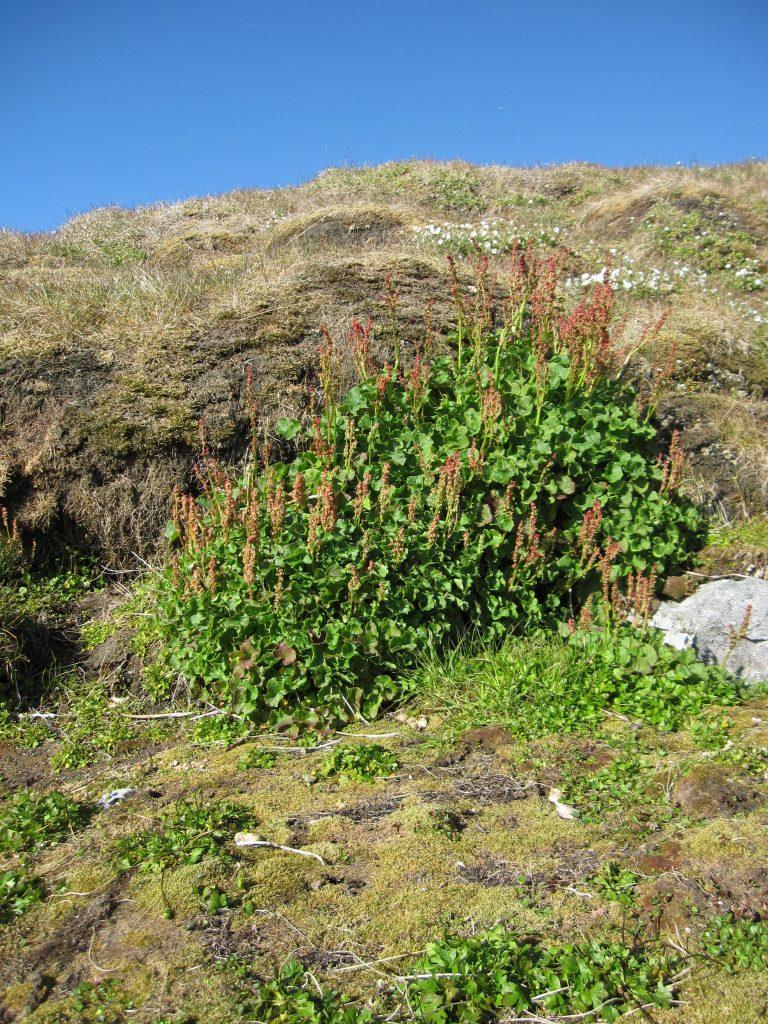 Oxyria digyna have looked similar for millions of years. 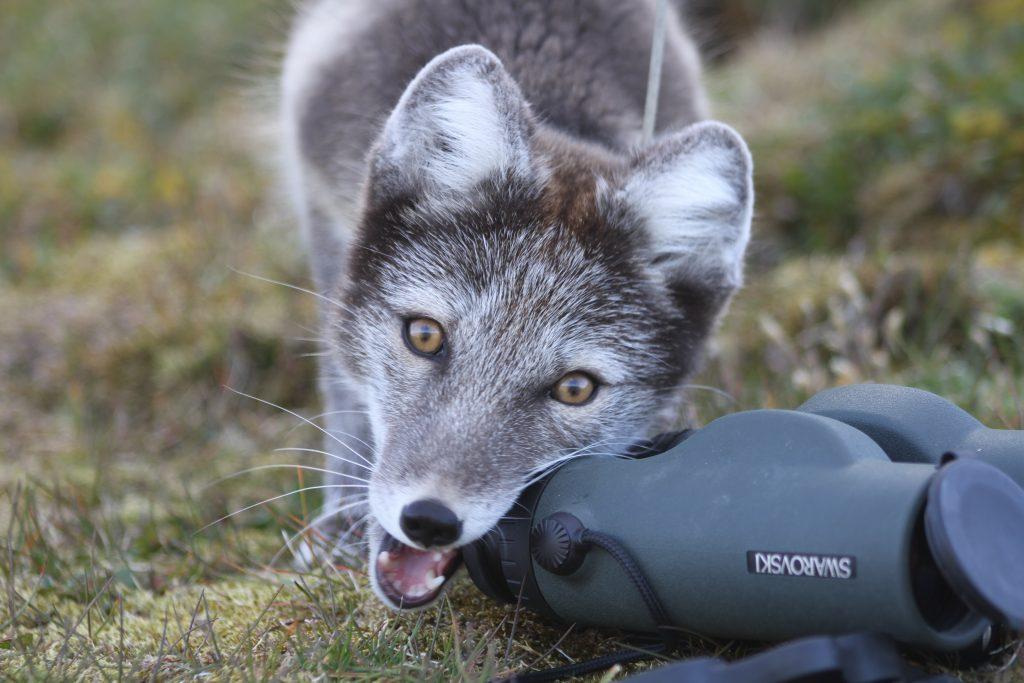 Arctic fox might have its ancestors in
the Tibetan Plateau​.